The breeder farm produces fertile eggs that will be hatched in a hatchery. 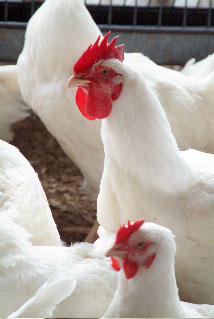 Male and female chicks are usually reared separately until about 4-5 weeks of age. They are then reared so that they can work out who is boss (adjust the peck order), which means they will be less likely to fight with one another later on.

The growing period for layer breeders is from five to 20 weeks of age and is about four weeks less than for meat breeders. During the growing period, feed is restricted to avoid over consumption and, for layer breeders, to improve egg production. It is even more important for meat breeders because they become too fat to breed efficiently if on full feed. Restricted feeding begins at about six weeks of age and continues until birds have commenced laying. When birds are at 5-10% egg production, a breeder ration is supplied. Birds that have been grown on restricted feed are often called ‘control fed’.

Chickens reared for breeding purpose are usually raised on litter floors similar to those used for meat chickens. They are transferred to specially designed breeder sheds, also with litter floors, at approximately 18-22 weeks of age. The sheds are usually divided into small sections which are suitable for about 200 hens to minimise fighting. Nests are placed in the shed, usually in the centre, so that the hens are attracted to the dark areas of the nest to lay their eggs. 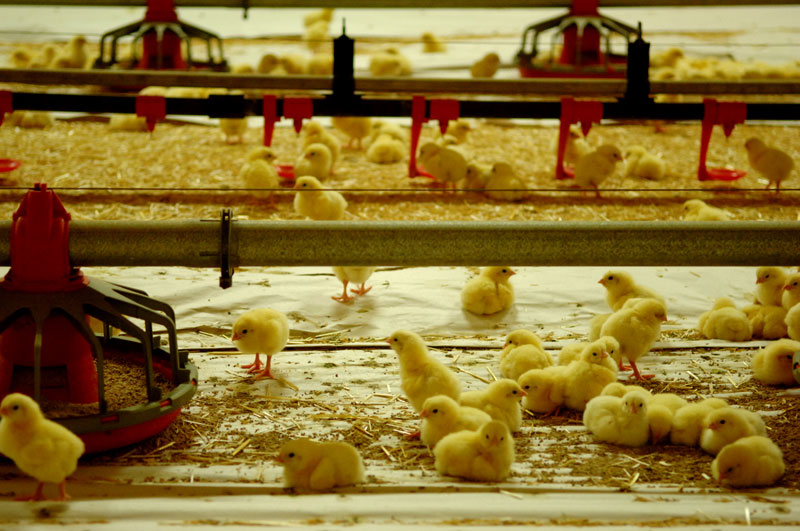 Cockerels will mate with a number of hens and about 10% of cockerels to a group of hens is enough to achieve excellent fertility rates. A surplus of cockerels (15%) is placed at first and they are culled down to 11% at maturity to allow a loss of 1% over their lives. Cockerels can be fed a cheaper diet than hens and it’s a common practice to have additional cockerel feeders placed at a greater height than feeders containing hen feed.

Fertile eggs are collected as soon as possible after laying for reasons of hygiene (if the eggs are left in the nests for longer time they are more likely to have manure spread on them or be damaged). Regular collection also protects the eggs from the heat of the day. Although it is best not to clean eggs at all, eggs can be cleaned when collected by wiping with a dry cloth or steel wool. Wet cleaning is undesirable as it removes the protective cuticle from the shell. Fumigation by formaldehyde gas is carried out as soon as possible after collection, usually at the farm or sometimes at the hatchery, to kill surface bacteria without damaging the egg.

Eggs are set in trays marked with the shed of origin so that any problems can be traced back to the source. Hatching performance is also closely monitored and the end product is a healthy chick which goes on to become a commercial layer or meat chicken.